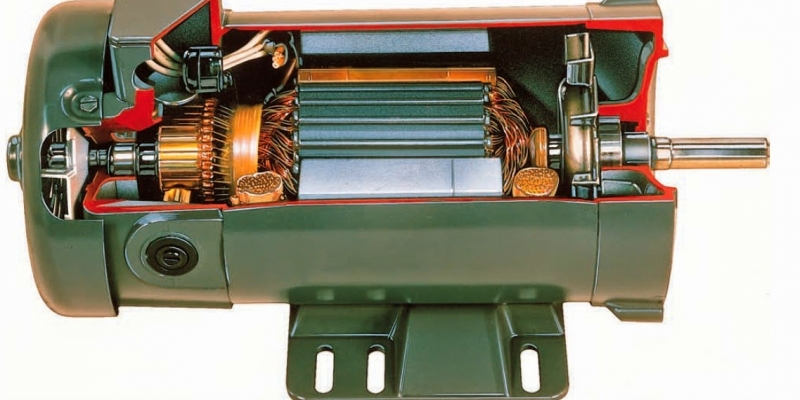 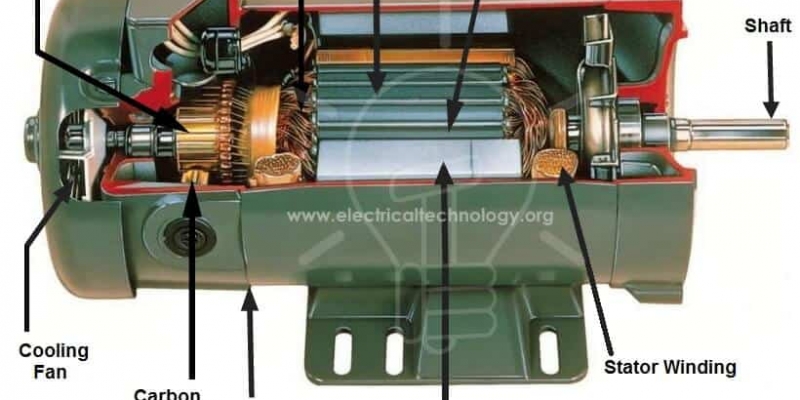 A DC machine is an electromechanical device that is used to convert electrical energy into mechanical energy or vice versa.

The working principle and operation of a DC machine is based on an effect when a current carrying conductor coils laying in a magnetic field, the magnetic field produces a mechanical force on it known as torque which rotates the conductor coils in magnetic field. The direction of this produced torque can be found by the Fleming’s left hand rule (thumb is the force). The generated force can be calculated as follow.

The yoke is used to provides mechanical protection to the machine. The second application of yoke is that it provides a low reluctance path to the flux. So, flux completes its path through the yoke.

The field winding is placed on a pole. When current passes through the field winding, it will create an electric magnetic field and behaves as an electromagnet. The pole shoes expand flux in the entire machine.

To reduce the eddy current losses, the pole and pole shoes are laminated. For a small machine, the pole is not necessary to laminate. It is made up of thin cast steel.

There are no reviews yet. 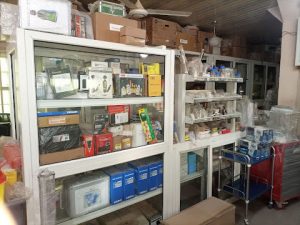